With the development of petrochemical industry, the categories and applications of inflammable, explosive and toxic gases are also increasing. Once leakage of these gases occurs during production, transport or using, it will cause poisoning, fire or even explosive accident, which will severely prejudice the safety of people’s health and possession. Since that gas is diffusive, with the effect of external wind force and internal concentration gradient, after leakage the gas will diffuse along the ground surface, and form and enlarge a danger zone of combustion explosion or poison.

Gas sensors have been researched since 1930s. They were mainly used for detection and alarm of coal gas, LPG and natural gas. For now they are also needed to detect toxic gas including CO, NO2, H2S, NO, NH3 and PH3.

There are a wide range of gas sensors. According to various gas-sensing materials and their characteristics, the sensors can be divided into semi-conductive type, solid electrolyte type, electro-chemical type, contact burning type and macro-molecule type, etc.

This type of sensors mainly adopts semi-conductive gas-sensitive materials. Since appeared in 1962, semi-conductive metal-oxide gas sensors have been widely applied for their high sensitivity and fast response. Currently they have become one of the most produced and widespread gas sensors. According to the different measuring methods of characteristic quantity, these sensors can be divided into two types: resistance type and non-resistance type.

The resistance semi-conductive gas sensors operate by detecting the changes of gas-sensitive component with the variation of gas content. They are mainly made of metallic oxide ceramic gas sensitive materials. In recent years, researches on compound metal oxidate and mixed metal oxides have been deepened, the performance and application range of such gas sensors are consequently enhanced. For example, WO3 gas sensors are capable of measuring NH3 in concentration range of 5 ppm～50 ppm, and ZnO-CuO gas sensors are highly sensitive to 200 ppm of CO.

The operation of non-resistance semi-conductive gas sensors bases on the principle that the resistance value changes with the change of gas content, thus changes the current or voltage. There are mainly MOS diode type, junction diode type and field effect tube gas sensors. Most of these type of sensors detect combustible gas like hydrogen and silicane.

This type of sensors includes direct contact burning type and catalyst contact burning type. Its operation principle is: when the gas-sensitive component is in power-up state, combustible gas burns due to oxidation or catalyst, which generates heat that increase the temperature of heating wire and change its resistance value. Gas concentration can thus be obtained by measuring the resistance value. These sensors can only measure combustible gas while they are not sensitive to non-combustible gas. For instance, sensors made of Pt wires which are coated with active catalyst like Rh or Pd possess a broad spectrum feature, which means that they can measure various combustible gases. Contact burning type gas sensors are very stable in ambient temperature. They are able to detect most of combustible gas under lower explosive limits. Therefore, such sensors are extensively applied for detection and alarm of combustible gases in petrochemical plants, dockyard, mine tunnels, bathrooms and kitchens.

Now we ISWeek supply combustible gas sensors, including products based on semi-conductor principle and catalytic combustion principle. The details of these sensors are as follows. 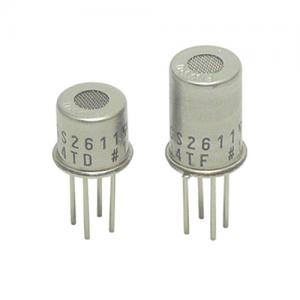 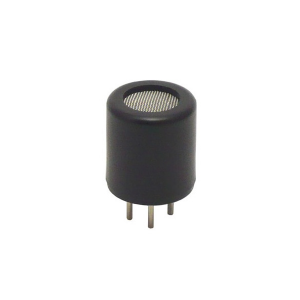