Home sensors The influence of aerobes and anaerobes on aquaculture

The influence of aerobes and anaerobes on aquaculture 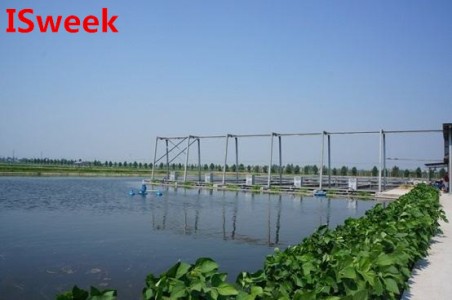 As a factor of water quality in the pond, dissolved oxygen not only affects the growth and development, feeding and absorption, and life activities of the farmed fishes, but also influences the degradation of organic pollutants and toxic substances (such as ammonia nitrogen, nitrite, sulfide nitrogen). The change of dissolved oxygen in still-watered pond depends on the extent of photosynthesis and biochemical oxygen demand. Due to the influences of wind direction, wind strength and heat transfer resistance (thermocline), the dissolved oxygen in the pond shows the characteristic of inhomogeneity in terms of horizontal and vertical distributions.

The very famous online sensor store in China – Isweek has introduced dissolved oxygen sensor – KDS-25B from Japanese brand Figaro. As a unique galvanic cell sensor, KDS-25B is designed for water quality control. The most prominent benefit of the sensor is long life and being not affected by CO2. The sensor applies acidic electrolyte, with its cathode using inert metal gold and anode lead. Oxygen diffuses through the fluororesin to join the redox chemical reaction, forming a kind of oxygen lead storage battery, and then the inner resistance converts the current produced by the redox into voltage output. The current produced is proportional to the concentration of dissolved oxygen, or rather, to the partial pressure of oxygen (the higher the dissolved oxygen, the more the oxygen molecules that enter through the fluororesin membrane). KDS-25B is ideal for environment monitoring and water quality control.