Natural gas is a kind of fossil fuel in gas state whose major component is alkane. Different from other fuel, it generates no waste water or residue in combustion. Comparing with coal gas, it’s obviously a sort of clean energy source, since that it produces few harmful materials but only CO2 and water. In cases that natural gas replaces coal as fuel, CO emission is cut down by 52%, and NOx down by 80% to 90%, consequently reduces acid rain in urban areas. 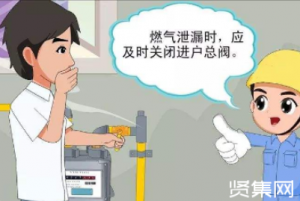 From above it can be seen that natural gas has many advantages over other energy sources, so it has been applied in cities. However, same as other fuel gas, it’s important to prevent it from leaking, or severe loss as follows will arise:

Oxygen takes up about 20% in the air. If fuel gas leakage happens in a relatively closed space and thus lowers oxygen concentration in it, people in this space will suffer from dyspnea, asphyxia and even death.

②Fuel gas leakage in place with combustion source can lead to explosion.

Explosion poses great danger on safety of people and constructions, so more and more families are equipping their homes with intelligent gas leakage monitoring systems. When leakage is detected by the system, and the gas concentration hits a preset value, the system will rise alarms and shut down the solenoid valve to stop fuel gas from leaking.

FSM-10H-01 is Pre-calibrated Module for LPG gas alarm which applies TGS2610-D00 sensor together, it features durability and stability. The module  outputs  PWM  signal which  is proportional to LPG gas concentration (The module has a memory which is stored with factory calibration data), also is capable of detecting sensor wire breakage and short circuit. The module can operate at wide temperature from -10~70°C.

Furthermore, the unit is less sensitivity to VOC gases and highly tolerant to silicon compounds, making it suitable for operation in rugged environment.

Combustible gas sensor TGS2610 is highly sensitive to propane and butane while having extremely low sensitivity to volatile alcohol (common household interference gas), making it an ideal LPG monitor and sensor for gas leakage alarms. Since that sensing element is very small, the heater of a TGS2610 is as low as 56mA. Its detection part is contained in a standard TO-5metal packaging.

TGS2610-C00 possess excellent responsiveness with its small size. It is equipped with a filter which can block alcohol and other interference gas, so it shows high selectivity and sensitivity to LP gas. Therefore TGS2610-C00 is considered to be especially suitable for household gas leakage detection where atmosphere components are complex while accuracy requirement is high.