On March 5th, the first session of the 13th NPC was held in Beijing. In the government work report, the prime minister clearly mentioned that preferential policies for vehicle purchase tax of new-energy vehicles would be prolonged for three years, and restriction policies on second-hand vehicle migration would be comprehensively canceled. Undoubtedly, the development of new-energy vehicle has become an important trend of future automobile industry, but whether electric vehicle or hydrogen cell vehicle will take up the mainstream is still under discussion. Today let’s talk about one of the future development directions of new energy resources — hydrogen fuel cell.

The basic principle of hydrogen fuel cell is that: by the reverse reaction of water electrolysis, hydrogen and oxygen are respectively served to the anode and cathode. Hydrogen out diffuse from anode and react with electrolyte, and then released electrodes reach cathode through external load. The hydrogen fuel cell is a power generating device which transfers the chemical energy in fuel and oxidizing agent into electric energy. Outwardly, with anode, cathode and electrolyte, it seems like an accumulator, but substantially a hydrogen cell needs no recharging, but only hydrogenation. For instance, the battery of a simple electric vehicle is like a power preservation station, while a hydrogen cell is like a power generating station. 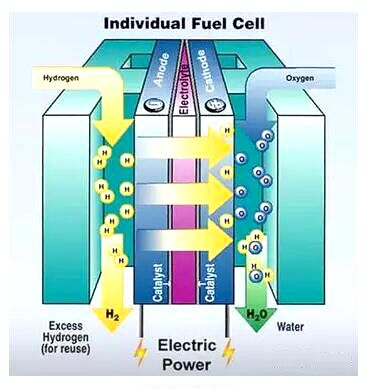 By far, vehicle manufacturers are strongly promoting their electric vehicles, but there are two main problems faced by all-electric cars:

On Feb. 26th, 2018, seven ministries including Ministry of Industry and Information Technology and Ministry of Science and Technology have jointly issued Interim Procedures of Power Storage Batteries Recycling Management of New-energy Automobiles. The involvement of policies will make positive contribution to the regulation of development of this industry, the integrated utilization of resources and the protection of the environment and human health, so as to push forward the sustainable and healthy development of new-energy vehicle industry. 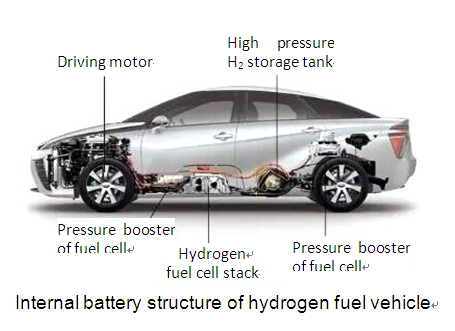 A vehicle powered by hydrogen fuel cell is featured with high energy conversion efficiency, long lifespan, smooth performance, while its greatest advantage is that it has no pollution emission. Hydrogenation time for such vehicles in mass production now are within 3-7 minutes, which is the same as that for oil-fueled automobiles.

Hydrogen leakage may occur inside the hydrogen fuel cell during use. When the concentration of hydrogen reaches a certain point, it will cause explosion and lead to safety accidents. To avoid such things from happening, it is advisable to implant a hydrogen module in the cell, which can measure hydrogen concentration in real-time and give an alarm when the concentration reaches the safety range to warn the car driver.

We ISweek supply hydrogen module FSM-10H-01 (semi-conductive principle) with our profession. The features of this module are as follows.