Applications of Photocatalysis in Water Electrolysis

As time goes by, the drying up of fossil energy and aggravation of environmental problems are severely restricting the sustainable development of human beings. A new type energy that is clean, safe and efficient has become the new focus of the world.

In 1972, Japanese scientists Fujishima and Honda first reported the phenomenon that TiO2 photocatalytically splits water and generate H2, and revealed the possibility to utilize sunlight in water-splitting for hydrogen generation. This study established a new research approach to convert solar energy into hydrogen energy. Whereafter, scientists kept studying on catalysts of high catalytic property, , and have made great progress in construction of this research system. As essential instruments, photo-catalytic systems which can be applied in photo-catalytic hydrogen and oxygen generation, carbon dioxide reduction under ordinary temperature and pressure and photo-catalytic degradation, are playing an important role in these researches.

We ISWeek supply thermal conductance gas sensor MTCS2601, which is used for real-time hydrogen concentration measurement and can be applied in photo-catalysis hydrogen generation system. 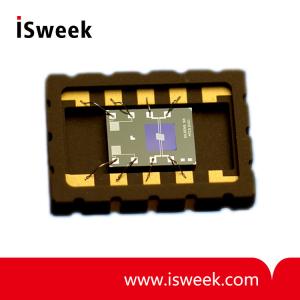